As text can be directly pasted into its two windows, it is a fast way to compare any kind of text which can be copied to your clipboard.

It can report and remove duplicated items in lists.

This software tool is produced by us.

Note: This will not work with previous versions of Office.

The same software works with both Windows and Mac versions of Office.

This software utility is produced by us.

Web-based software which compares and reports the differences between two blocks of plain text. Its navigation from one difference to the next and its ability to omit unchanged lines make it ideal for large comparisons. It contains a novel diff algorithm.

This software tool is produced by us. 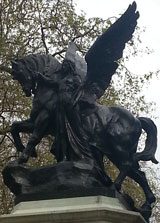