Like a whole generation of software developers today, we first started writing software on the ZX Spectrum and QL computers. We studied science, computer science and mathematics at university.

We first encountered difference algorithms in the field of science, where they are used to find similarities (conserved regions) in protein and DNA sequences. Comparing Microsoft Excel spreadsheets provides fertile ground for applying these processes to a different area. DiffEngineX not only aligns spreadsheet rows, but also highlights character level differences between worksheet cells and provides version control for any embedded Visual Basic for Applications (VBA) macros.

When DiffEngineX was first released, it was common for Excel difference utilities to take ten minutes to compare medium sized workbooks. DiffEngineX reduced the time to seconds.

Our website www.diff-text.com gives users the choice of comparing plain text at the level of whole lines, words or characters. It can optionally leave out unchanged lines allowing the differences to be seen at once. Its difference algorithm is an improvement on off-the-shelf ones in the sense it can systematically spot text moved up or down in a document, rather than inaccurately reporting it as deleted. When the option to spot moved text is turned off, it runs in logarithmic time - an improvement on the more usual quadratic time.

Florencesoft TextDiff is a desktop software application for Microsoft Windows. It has all of the functionality of our website diff-text.com, plus the ability to compare folders / directories and report and remove duplicated items in lists. 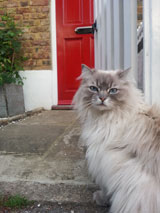