How DiffEngineX Compares To Other Excel Workbook Difference Tools

When DiffEngineX was first launched it was the only Excel compare tool that could compare medium sized spreadsheets within seconds rather than minutes. Today DiffEngineX still stands unique in its set of features. It is one of the very few Excel workbook compare utilities that can compare formulae, names and comments at the character level, rather than just flagging that one cell differs from another, but not what characters actually differ. Uniquely it compares VBA (Visual Basic for Applications) macros and can ignore small numeric differences.

It can also group changes made to blocks of equivalent formulae, so the same sort of change isn't reported multiple times. This is ideal for insurance companies, banks and accountants making use of financial models in Excel.

A free 30 day trial of our software to find the differences between 2 Excel workbooks is available.

DiffEngineX compares two typical Excel workbooks within 30 seconds. Others can take up to ten minutes.

DiffEngineX can optionally compare text at the character level. This is useful for large amounts of text and long formulae. Others just mark a cell as different and leave you to spot what characters differ.

DiffEngineX can sensibly ignore small numeric differences which don't make any real difference to your complex calculations and models. You choose what the smallest difference should be. This is important when you want to change a formula or value and see where the significant changes are.

DiffEngineX can be invoked using command line arguments. It can be called from your version or source control tool.

DiffEngineX gives you the choice between comparing Excel formulae or calculated values.

Generates its difference report and color highlighted worksheets as new Excel workbooks, instead of in a fiddly Windows user interface outside of your Excel application.

Its Extra's dialog allows you to hide identical Excel rows, leaving just the different ones behind. This is a great way to spot all the differences.

Your original spreadsheets are untouched. DiffEngineX automatically makes temporary copies and uses color to mark the differences on those.

DiffEngineX just plain works! While other compare tools have compatibility problems due to being Excel add-ins, DiffEngineX keeps on working as it is outside of the complex Excel environment. It is a desktop executable that loads Excel workbooks from the filesystem and reports on their differences.

DiffEngineX is iconic, classic software. It was one of the first, if not the very first Excel compare utility that was both fast and reliable.

When a block of equivalent formulae is changed, it can compact the results to a range of cells instead of displaying tens to hundreds of individual changes.

It can compare a whole folder of Excel workbook files (xlsx, xlsm, xlsb, xls) against another. Double-clicking each row of brings up the difference report. 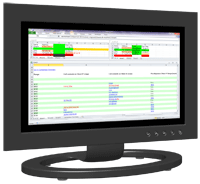 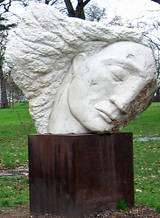